The occupational diseases state at CE Oltenia, between concern and anger. Romanian MP: ”I think many of the tragedies that have occurred with the people are generated by the difficult conditions in which they operate.”

Among the officials representing the Oltenia region there is also the concern about the situation regarding the employees from Complexul Energetic Oltenia who, as a result of heart diseases acquired because of the working environment die many years before retirement. Moreover, there is a wave of criticism from the general public against the representatives of the authorities and institutions that, for decades, did not get involved in solving this problem.

The Romanian MP Mihai Webber states that he is concerned about the situation of the employees from CE Oltenia; he believes that many tragedies that happened in the energy industry miners’ families stem from the hard work conditions.

“On your question – “What do you think are the causes of these tragic situations?” unfortunately I have no internal documentation from the company regarding the reports drawn up following the employees’ health assessment, which could provide a clear conclusion on the employees’ state of health, on the diseases specific to the mining and energy activity and, finally, on the causes of death among the productive personnel. Same as you, I am concerned about this issue and I think many of the tragedies that have occurred with the people are generated by the difficult conditions in which they operate, whether we talk about work-related accidents or about diseases connected to their activity “, the deputy transmits through a written message.

Regarding the solutions to stop this situation, the MP believes that the amendments to the Law 197/2021 will give employees, who work in difficult working conditions, the opportunity to retire much earlier. The law stipulates that, under certain conditions, people can retire even 13 years earlier.

“It is extremely difficult to prepare a technical report on this subject, with no access to all the internal information of the CEO, in order to see, first of all, if the management has any plan for improving the working conditions. Obviously, massive investments are necessary both in the quarries and the thermal power plants, in order to create normal working conditions for the employees. Currently, there is no such possibility for the CEO, and as consequence the company had obtained an exemption from the Romanian Parliament, until 2023, for the extension of the special work conditions permits. (…) This is a kind of compensation for their effort, and a protection measure for the aged staff, to move away faster from this environment that can affect their health”, concludes Mihai Webber.

Several users of Facebook social network were asked to answer the question “What are the causes of fatal work accidents at CE Oltenia?”

Most people are blaming the harsh work conditions, the old machineries used in coal processing, as well the fact that the workers are not subject to more frequent medical assessments.

There are also voices criticizing the lack of involvement from decision makers or institutions with direct responsibilities.

User “Sorynel Sry”: First of all, the age of the equipment, followed by the lack of the minimum required conveyor rollers to allow a safe operation of the belts, additional to the lack of manpower, meaning shortage in staff…

User “Marian Corneliu”: There are serious deficiencies regarding occupational health and safety…additionally they should be tested daily on alcohol level, when coming and going out of shifts!!! Many should have nothing to do with production when they reach the age of 45-50… The first measure that I would implement, complete medical testing every 6 months, complete set of medical analysis plus general ultrasound… paid with the state money…that’s what we pay outrageous taxes for!!!!

User “Ciora Lucian”: Marian Corneliu, alcohol testing is performed, but if the medical tests were done as you propose, 70% of us would become inactive staff! The deficiencies are present in the whole Romanian society, not only in the CEO! If they report us as being sick, in order to have a job, we pay for a false second opinion that we are fit for work!

User „Bacescu Marius”: Not only at the CEO; I see that you speak only about the CEO; people die everywhere; the age has decreased; before people use to eat healthy and on time; they had secure living, they had no stress; now life expectancy has dropped to 50 – 60 years

User “Ciora Lucian”: The operation of the equipment without the minimum maintenance carried out at least yearly (now it is history), the lack of materials and staff below the minimum required, the use of unauthorized personnel for redundancies, old age and poor health of service personnel, lack of investment in occupational health and safety…

User „Florian Zane”: You thought a little too late…

I can tell you a few:

Those who are still there… Are insufficient!

No more maintenance, scheduled prophylaxis… YOU HAVE NO ONE TO DO IT WITH!

Occupational Health and Safety, Labor and Personnel Regulations are no longer complied with…

YOU HAVE NO ONE TO DO IT WITH!

They make “patchwork” on job vacancies (with untrained staff)!

User „Gheorghe Ciolacu”: There are no more access roads in quarries, the equipment is damaged, maintenance is only on paper, insufficient staff, both in number and quality, non-existent Occupational Health and Safety measures, occupational diseases, including stress. The causes for this situation are the CEO’s corruption, the extreme red tape and only few fools working which get the blame, physically and morally humiliated.

The connection between the work conditions and heart diseases, proved by specialists

Ştefan Busnatu, specialist physician in cardiology at the Emergency Clinical Hospital “Bagdasar Arseni” in Bucharest, confirms for Reporter 24 the connection between the increasing number of deaths among the employees of CE Oltenia and the difficult labor conditions. In the last decade, an increasing number of employees from Complexul Energetic Oltenia (CEO) have died because of cardiac arrest caused by the work environment.

Complexul Energetic Oltenia has been around for about 40 years and produces energy based on coal. Unfortunately, most of the equipment is around since its inception, and the malfunction of these machines has been taking the lives of both young and old people. Simultaneously, dust in the workplace causes heart disease, which often leads to death; many before employees reach retirement age. Trade unionists call for a lower retirement age.

Prepared to be slowly shut down because it uses solid fuel for energy production, the war in Ukraine has led EU authorities to resort to facilities such as CE Oltenia, so that European states become less dependent on Russian gas. Therefore, hundreds of young people will be employed in the next period and the recruiting process has already been launched.

This initiative is endorsed through the SCIENCE + project, carried out by Free Press For Eastern Europe, which aims to support the establishment of a single network for sharing the best practices in health and science journalism in six Central and Eastern European countries: Czech Republic, Poland, Hungary, Slovakia, Bulgaria and Romania. 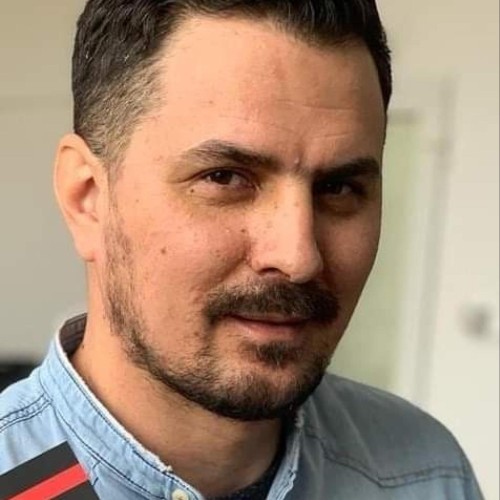 Why Oltenia Energy Complex employees die from heart diseases, years prior retirement. The direct connection between deaths and work conditions, confirmed by specialists